The Problem With Iguanas 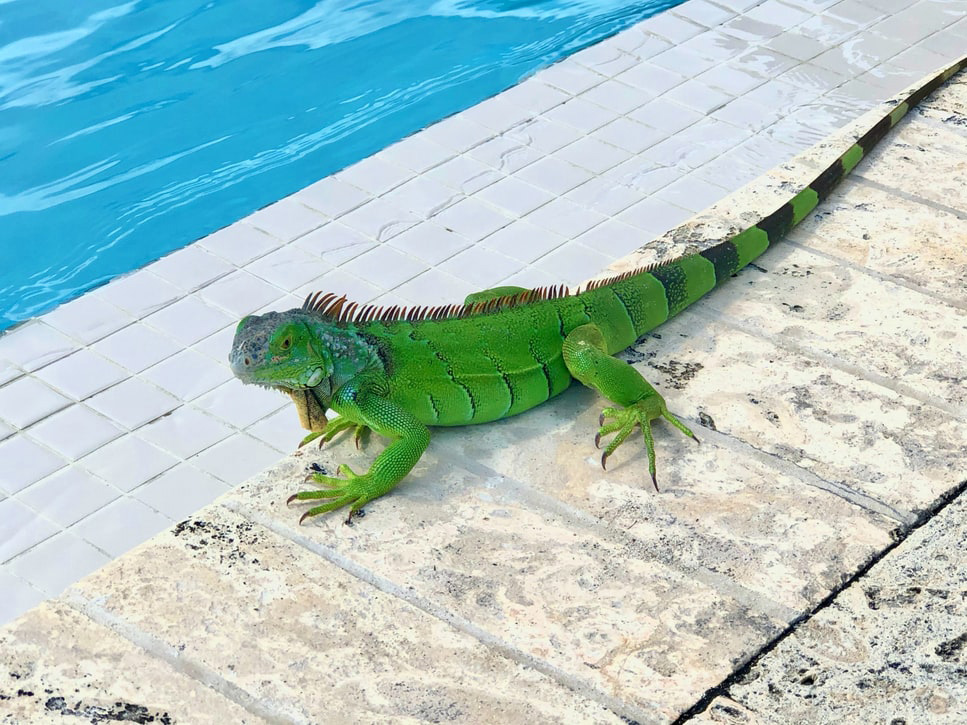 Green iguanas can cause damage to residential and commercial landscape vegetation, and are often considered a nuisance by property owners. Some green iguanas cause damage to infrastructure by digging burrows that erode and collapse sidewalks, foundations, seawalls, berms and canal banks. The reptiles, which are not native to Florida, can also spread Salmonella.

The species are native to Central and South America and the Caribbean and thrive in Florida’s subtropical climate. They reach sexual maturity in 18 months, laying an average 40 eggs per clutch per year. Florida’s iguana problem began in the 1960s after the reptiles escaped from captivity during hurricanes and as unwanted pets released into the wild. Cold snaps keep the populations in check.

However, South Florida hasn’t seen one extensive enough to make an impact since 2009. Florida’s got one of the worst invasive species problems in the world. It is at the top. Iguanas were able flourish while biologists were busy studying environmental impacts of pythons and feral pigs. The public needs to understand the environmental threats iguanas pose.

Trapper John Animal Control can take care of this problem for you.